"The Ministry of Interior (MOI) of Serbia choose Huawei as its solution provider to help Serbia construct Safe Cities. Since the Phase 1 deployment of Serbia's first Safe City project more than five months ago, the system has helped the police solve multiple vicious criminal cases and ensured the security for many major sport events in the country."

In 2015, a traffic accident occurred in Belgrade, Serbia that killed a child. The perpetrator escaped and the public demanded justice. A great number of Serbian police officers spent two months searching for clues. The suspect had fled to the City S in China. Based on images provided by Serbian police, the City S Public Security Bureau made an arrest within three days using new technologies.

Serbia's public security department was inspired. While they were still using analog surveillance equipment and facilities, City S was taking advantage of the latest services available with intelligent technology.

Security at the Crossroads

Located in the southern Pannonia Plain and the central Balkans, Serbia is known as a crossroads that connects central and southeastern Europe, Asia, the Middle East, and Africa. For centuries, it has been a place where Eastern and Western civilizations meet, interact, and jointly progress human civilization. Since 2000, Serbia has sought to become a member of the European Union, with the understanding that security and stability are important prerequisites. The republic, however, still faces great challenges in the security field.

According to data from Informator on Work of MOI updated on November 14th, 2017. in 2017 alone, more than 49 percent of criminal cases remained unsolved, more than 20 gangs committed crimes across the country, and crimes targeting police officers rose by more than 6,6 percent over 2014. Further, 34,000 traffic accidents were reported that same year, and the number of traffic related injuries and fatalities increased by 24 percent. In addition, a 35.000 of illegal immigrants, plus an onslaught of nearly 550,000 asylum applications, placed Serbia's government under intense pressure.

The Ministry of Interior (MOI) is responsible for most of Serbia’s public safety affairs. It manages the national police forces, including the border police, counter-terrorism forces, and traffic police, as well as the nation’s fire departments. With its command center and headquarters in Belgrade, the MOI employs more than 42,000 workers; intends to combat crime and traffic violations; and works to enhance public safety, law enforcement, and public satisfaction.

More Than 200 Cities Across the GlobeHave Chosen Huawei

To achieve its goals, the MOI needed to establish a unified service and technology platform for collaboration and information sharing able to leverage innovative ICT technologies for integrating policing services, building a unified and centralized command center, and constructing a video surveillance system for realizing an all-scenario ICT platform.

serbia-security-case-img1.png
For the purpose of presenting and testing most updated technical solutions including eLTE and IVS Huawei has deployed nine cameras on five locations for functional tests and demonstrations. The locations included MOI headquarters, a sports arena, a commercial center, and a police station. The test network successfully verified multiple key functions, such as video retrieval, video compression, automatic license plate recognition, behavior analysis, facial recognition, and video quality diagnosis. Initial results of testing shown significant satisfaction of MOI officials and shown that direction of Republic of Serbia will be to choose Huawei as its solution provider to help Serbia construct Safe Cities. In February 2017, MOI and Huawei signed a Strategic Partnership Agreement.

In Phase 1, Huawei’s project team deployed more than 100 HD cameras and intelligent Video Content Management (VCM) system at more than 60 sites in key areas, and remodeled the command and data center in Belgrade. A large number of advanced technologies and products were used, including infrared license plate recognition, 4K video solutions, H.265 HD encoding, cloud-based cluster networking, SafeVideo to ensure data security, and virtual checkpoint systems. In addition, the solution allowed interconnection with rich GIS maps on the live network for which the following benefits have been attained:

Video data is stored on OceanStor, Huawei's industry-leading high-end storage device. Scattered video resources can be integrated, converged, and stored with other image and structured and unstructured data sources for easy query and retrieval. The solution also supports efficient video sharing, parsing, and Big Data analytics into the future, and VCM analysis results can be retained for one year. In the past, raw data was stored in a camera’s built-in hard disk without any independent storage systems.

The GIS map system on the customer's live network was integrated to provide visualization support for multiple applications, including the ability to quickly isolate crime sites or suspicious vehicles while continuing to support access to an existing network of IP cameras.

Huawei's delivery team worked with an internal R&D; team and ecosystem partners to help the MOI solve problems to ensure a smooth deployment. For example, Huawei's R&D; team provided a customized infrared license plate recognition application with highlight compensation for reducing the negative impacts caused by poor lines of sight between the cameras and vehicles — a solution that is based on an integrated infrared light compensation process that required no additional hardware devices. This solution also complied with the regulations that forbid white light compensation for license plate recognition. In addition, the custom software delivered high recognition rates both day and night, which exceeded frontline and customer expectations.

Virtual checkpoints were equipped with Huawei’s 4K ultra-HD infrared video cameras and intelligent analysis platforms, that improve license plate recognition through iterative image processing routines that feature system learning, adaptive algorithms, and parameter/angle adjustments. The virtual checkpoint system was tested at the Huawei Hangzhou Research Center. The result is a license plate recognition rate that exceeds 95 percent, which is similar to the rates achieved with physical checkpoints but at a much lower cost.

Since the Phase 1 deployment of Serbia’s first Safe City project more than five months ago, the system has helped the police solve multiple vicious criminal cases and ensured the security for many major sport events in the country.

In the past period, sports facilities in the Republic of Serbia had an analogue video surveillance system which, due to their limited technical capabilities, could be monitored only at one location - a video surveillance room that all security managers had to access. This system has shown shortcomings in the work, especially during the maintenance of high-risk sporting events. By introducing the new system, by setting up HD cameras, using analytical tools and the possibility of distributing signals and tracking it to multiple locations, the work of police members was improved and the conditions for maintaining a safe public order and peace on such events were created.

In 2018, devices from Phase 1 were used during several high-risk events. A large number of police officers regularly monitored all activities related to these events in the command center (surrounding intersections, player hotels and key areas), in real time.

Officers were dispatched to emergencies in a timely manner, as was demonstrated by high efficiency and strong execution. There are often increased rates of speeding and drunk driving during large sporting events, and the new automatic license plate recognition system greatly assisted police by improving the efficiency of their investigations for these cases. Thanks to Huawei’s intelligent technology, police are now able to locate suspects based on stored HD video, with the results showing by improvements in safety and security, and an overall reduction in the rates of crime.

serbia-security-case-img3.png
Together with Huawei, the MOI will develop a comprehensive Safe City solution that covers the city of Belgrade, and eventually the entire country, through critical communications, converged command centers, and intelligent surveillance. This project will not only deliver digital transformation to Serbia, but also bring security and happiness to every person and home – making Belgrade a leading Safe City in Europe. 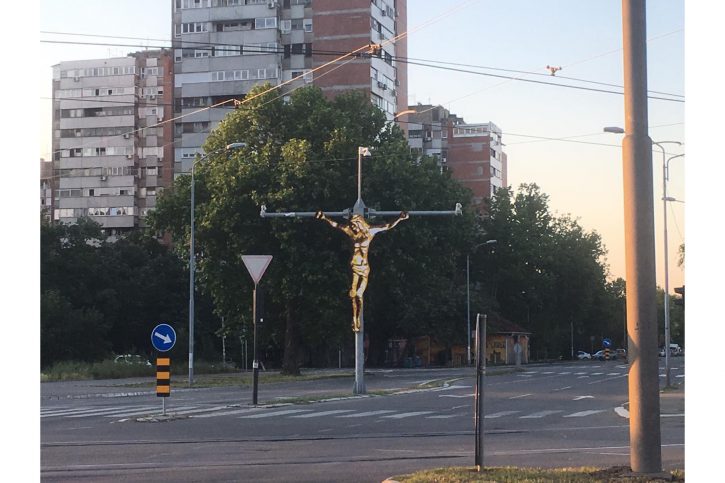 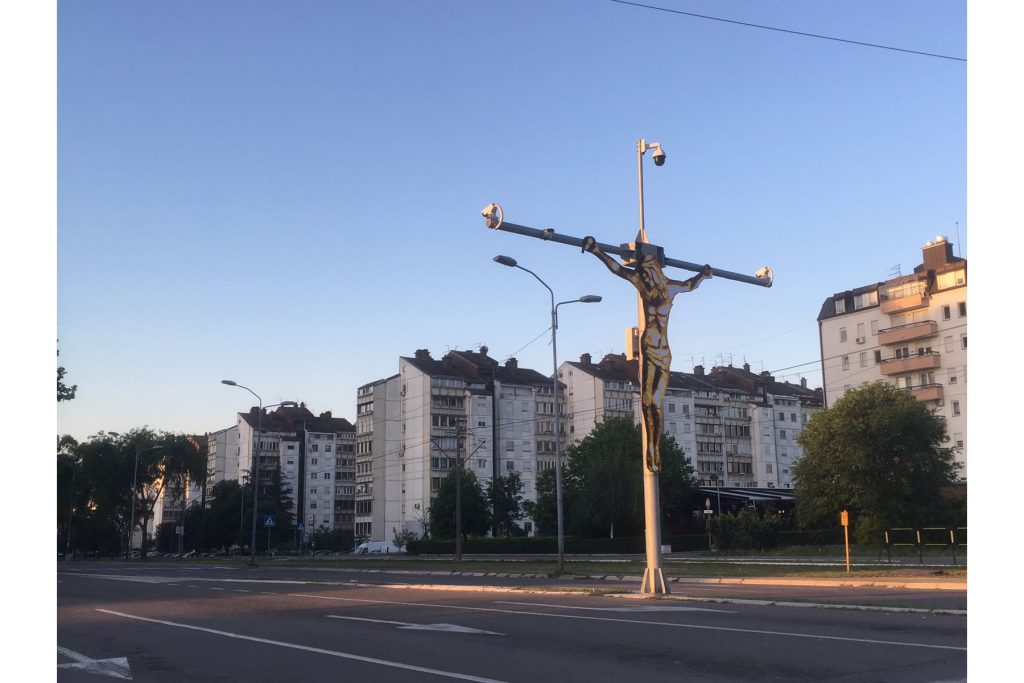 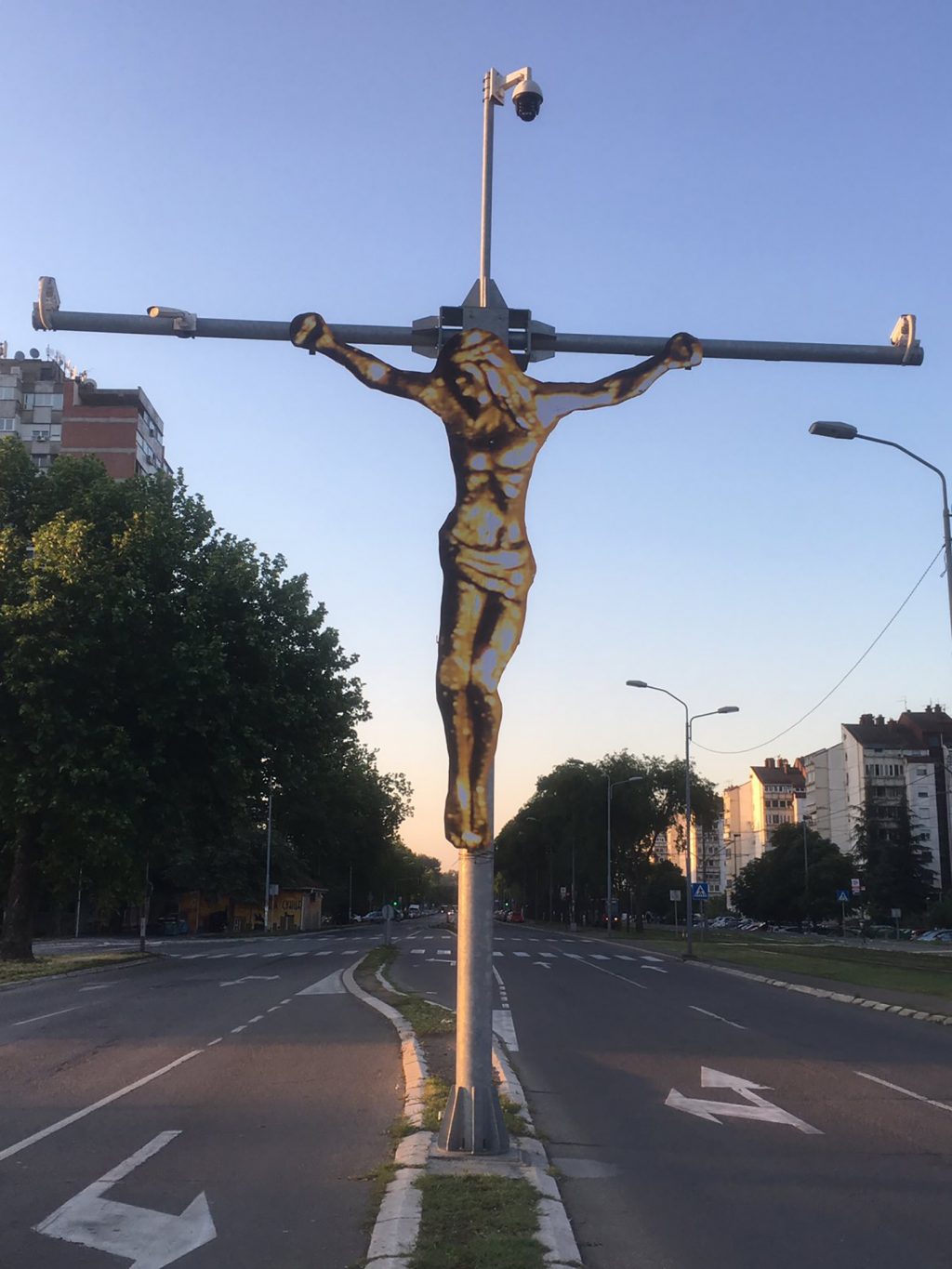 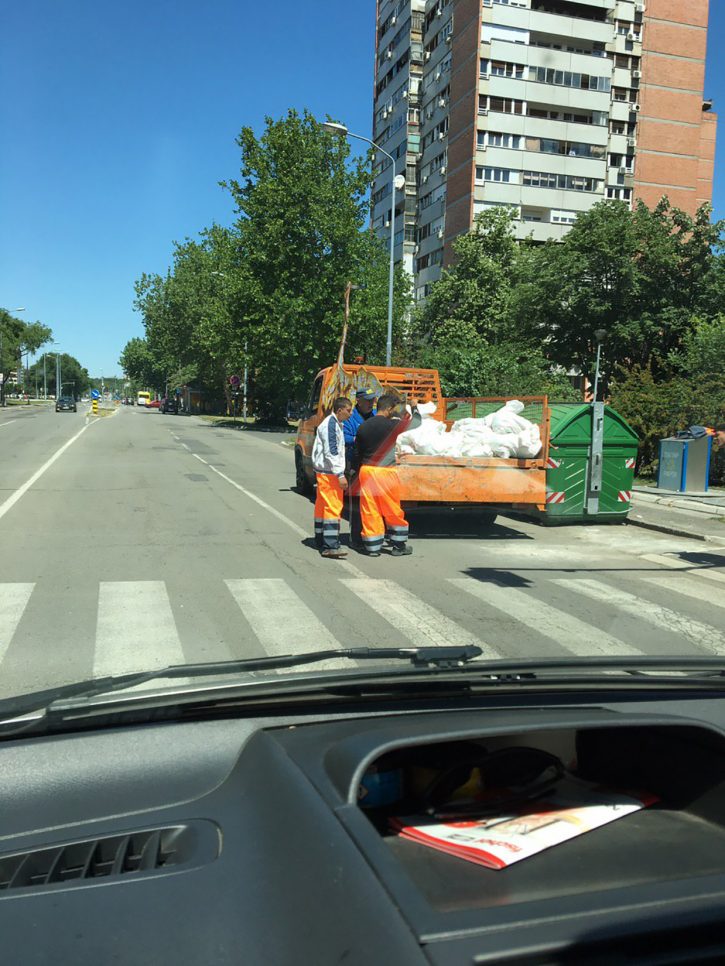 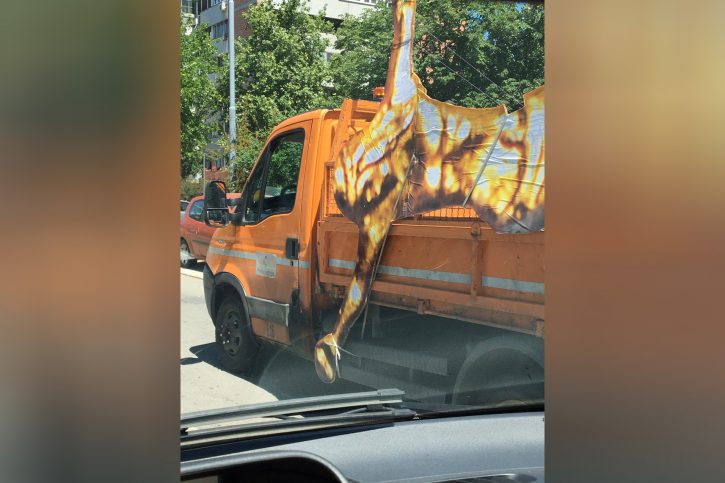