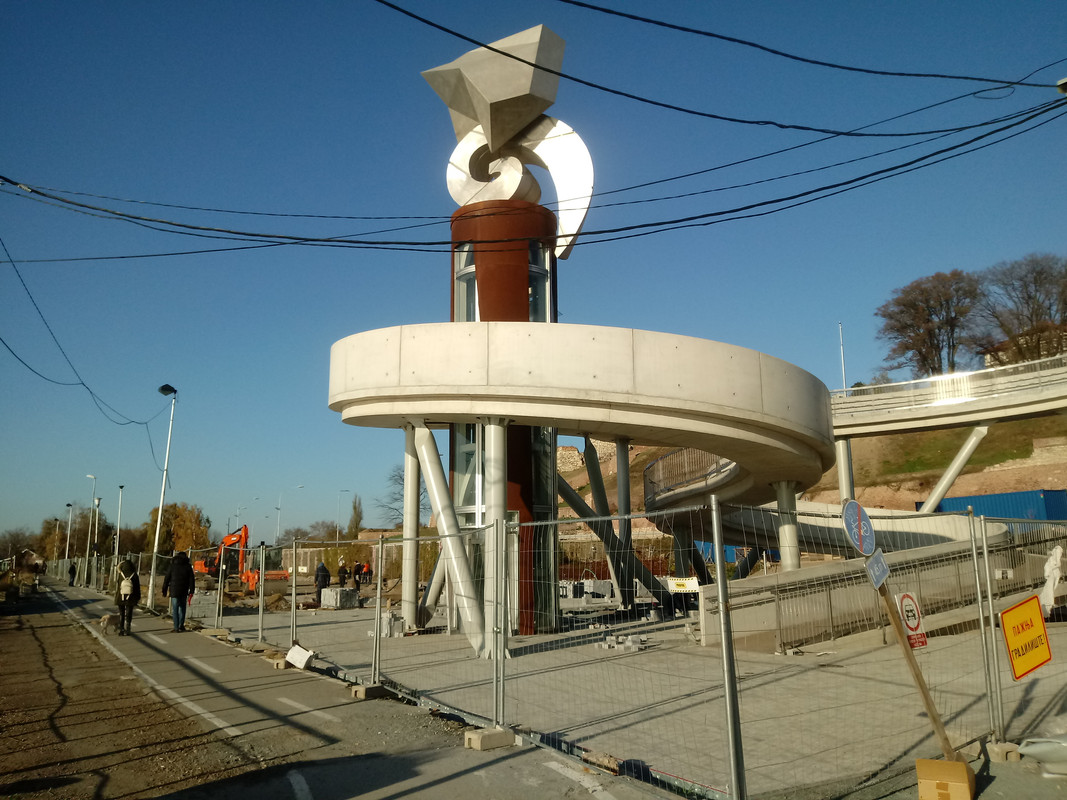 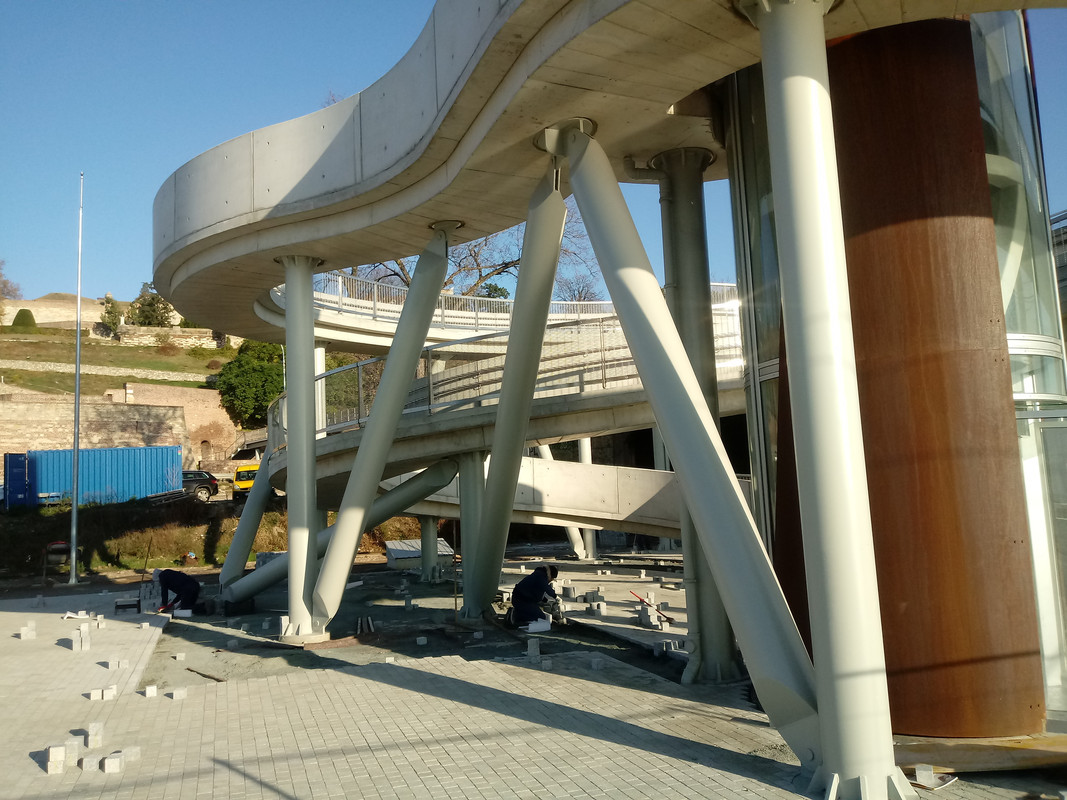 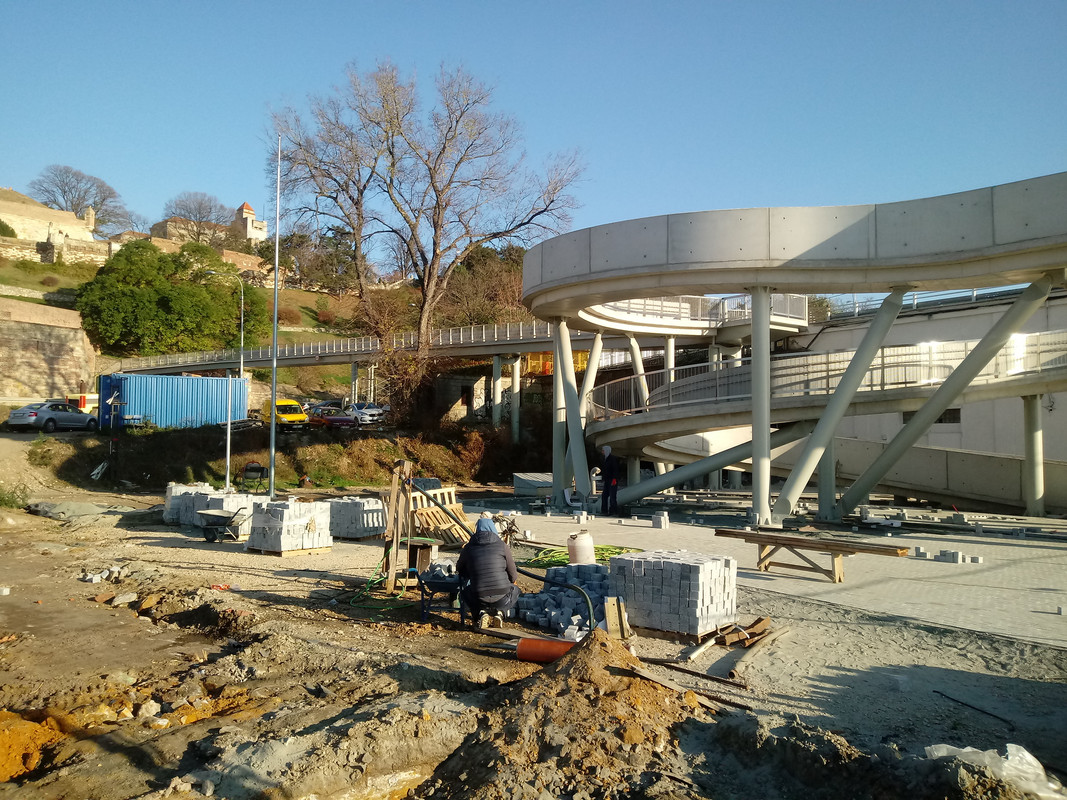 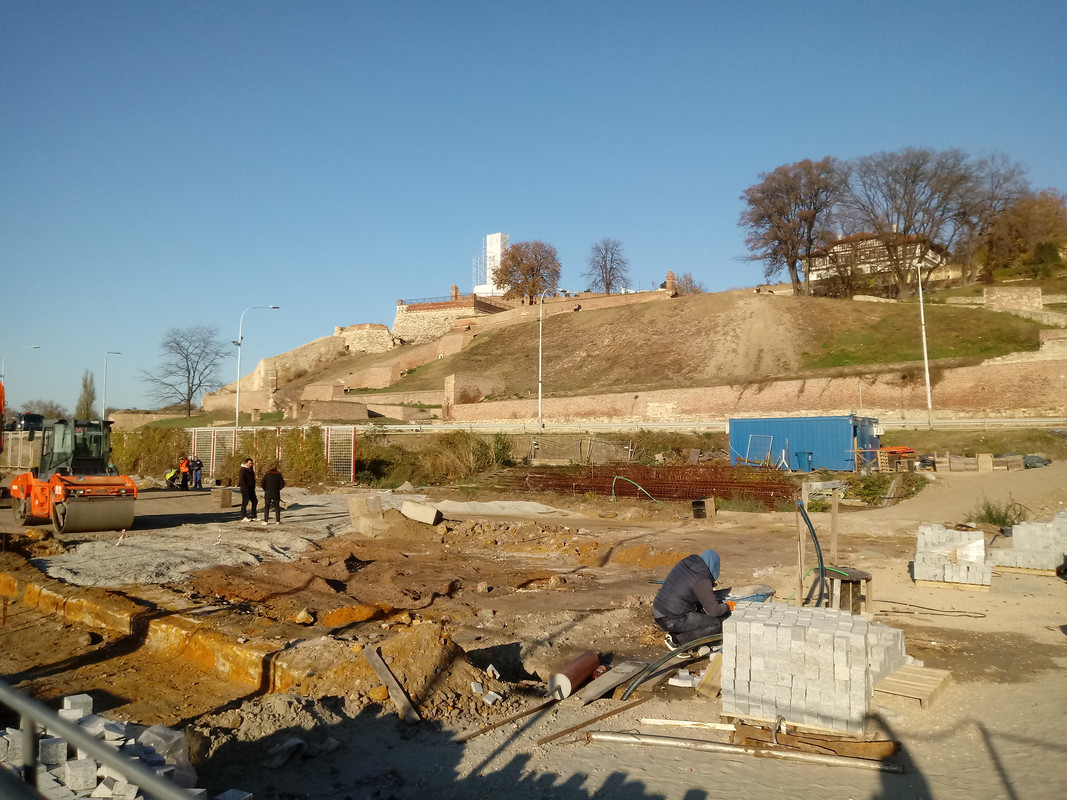 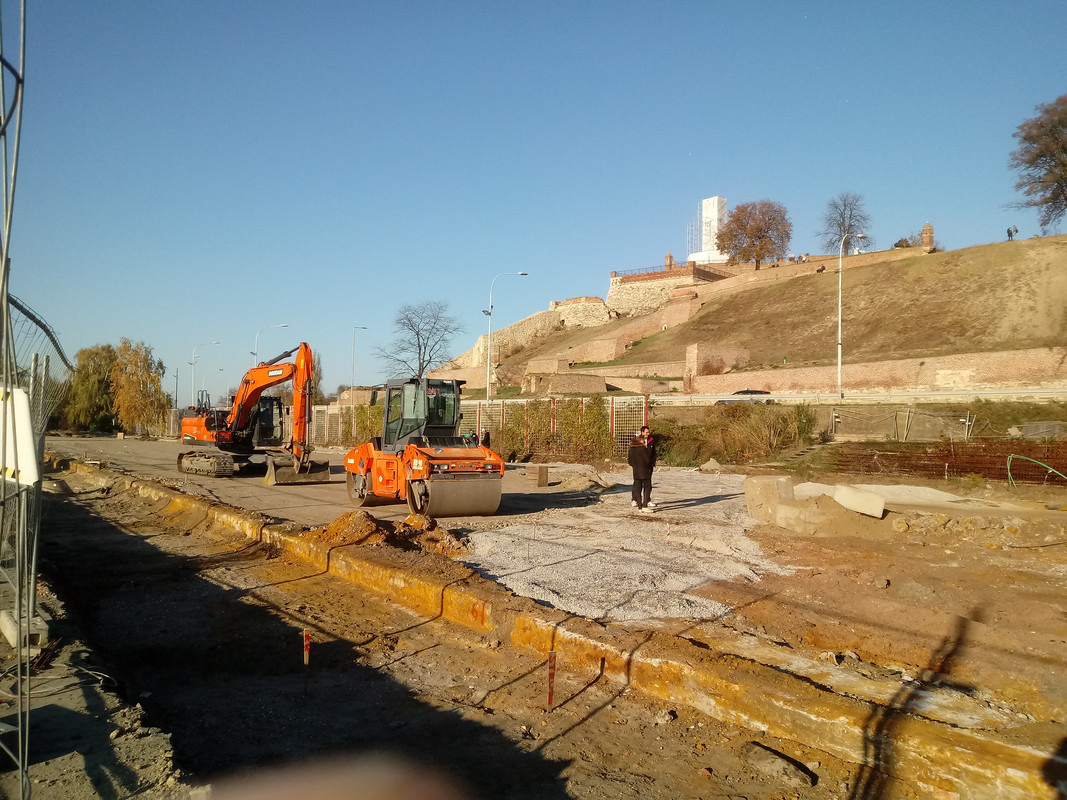 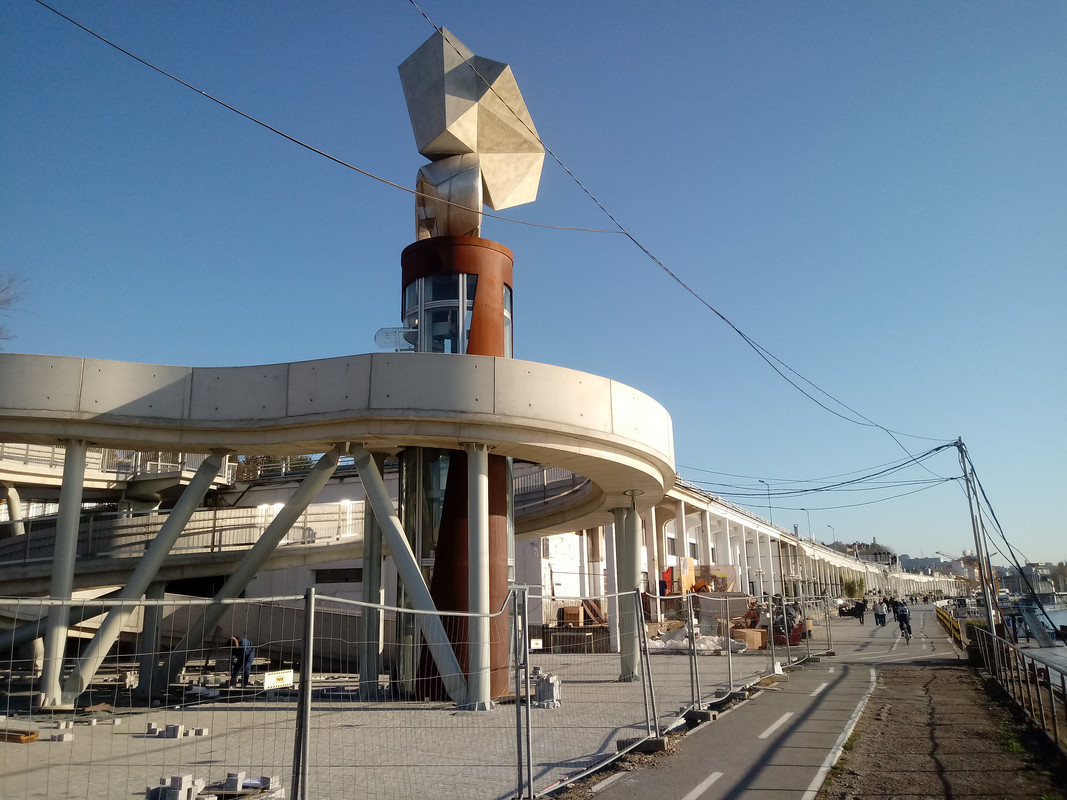 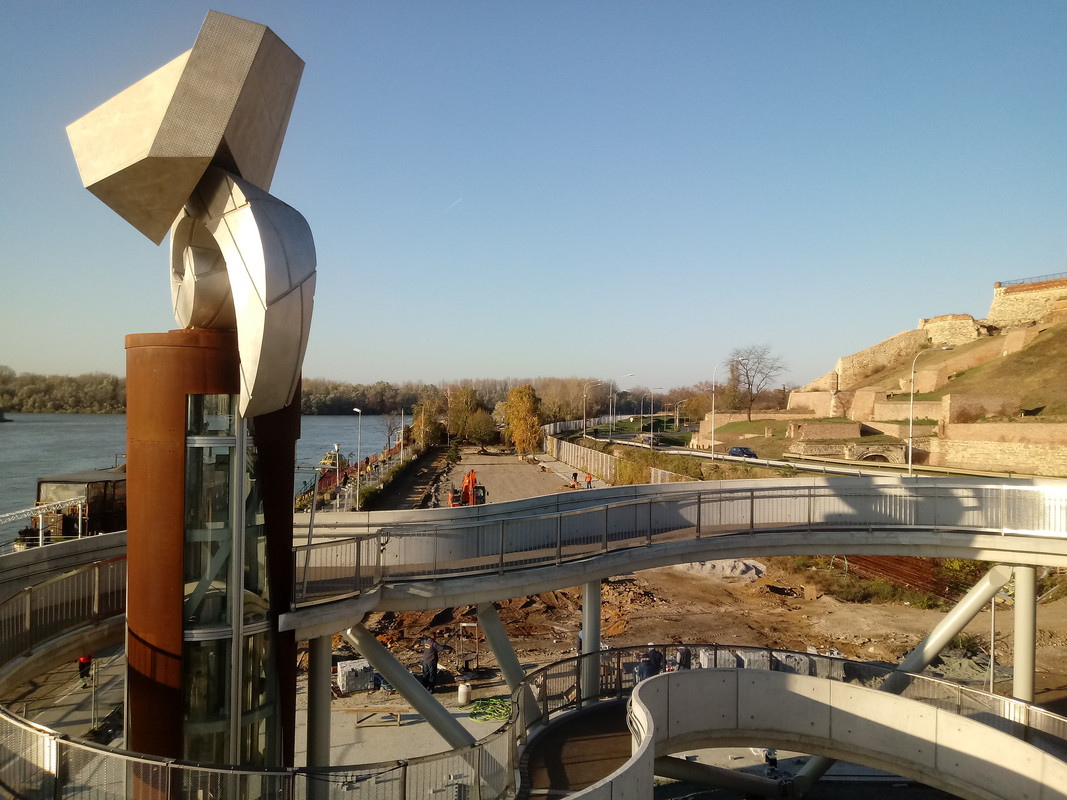 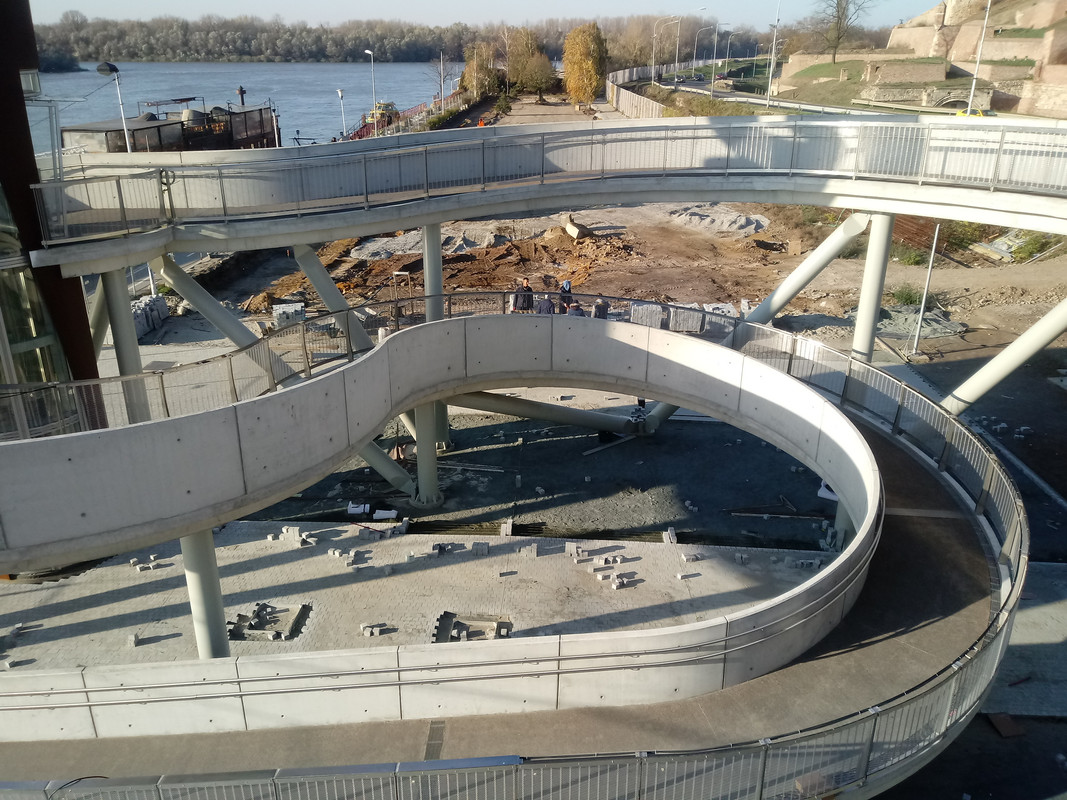 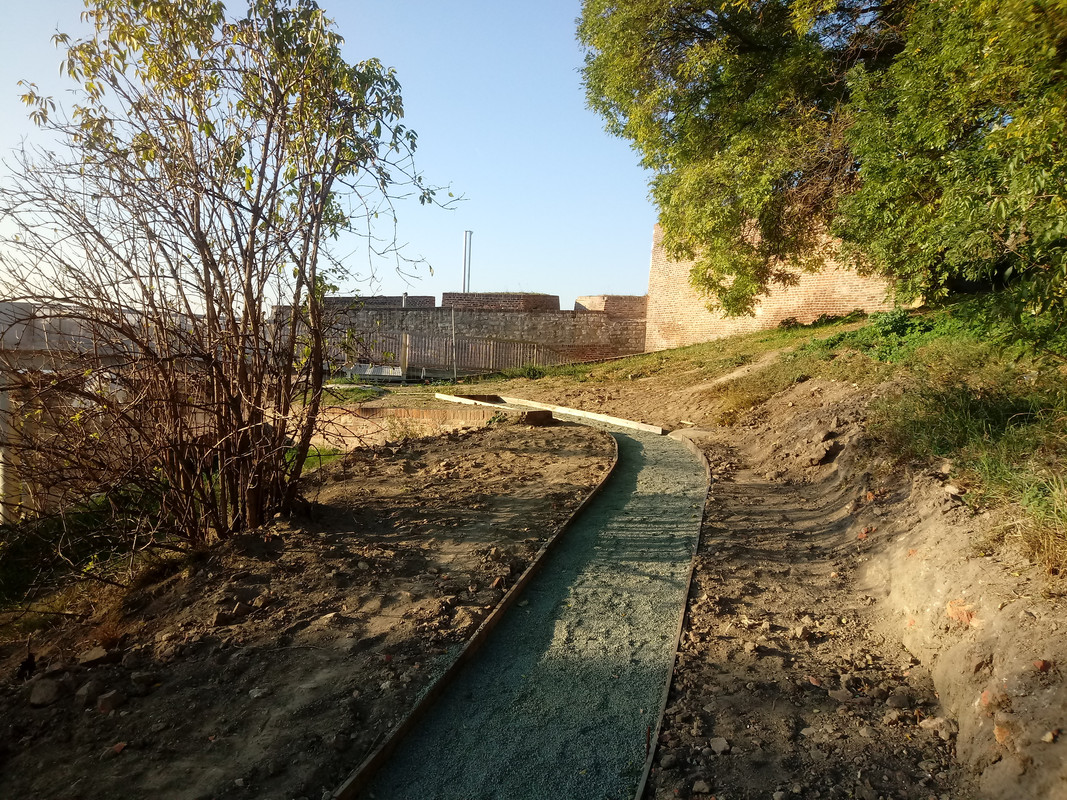 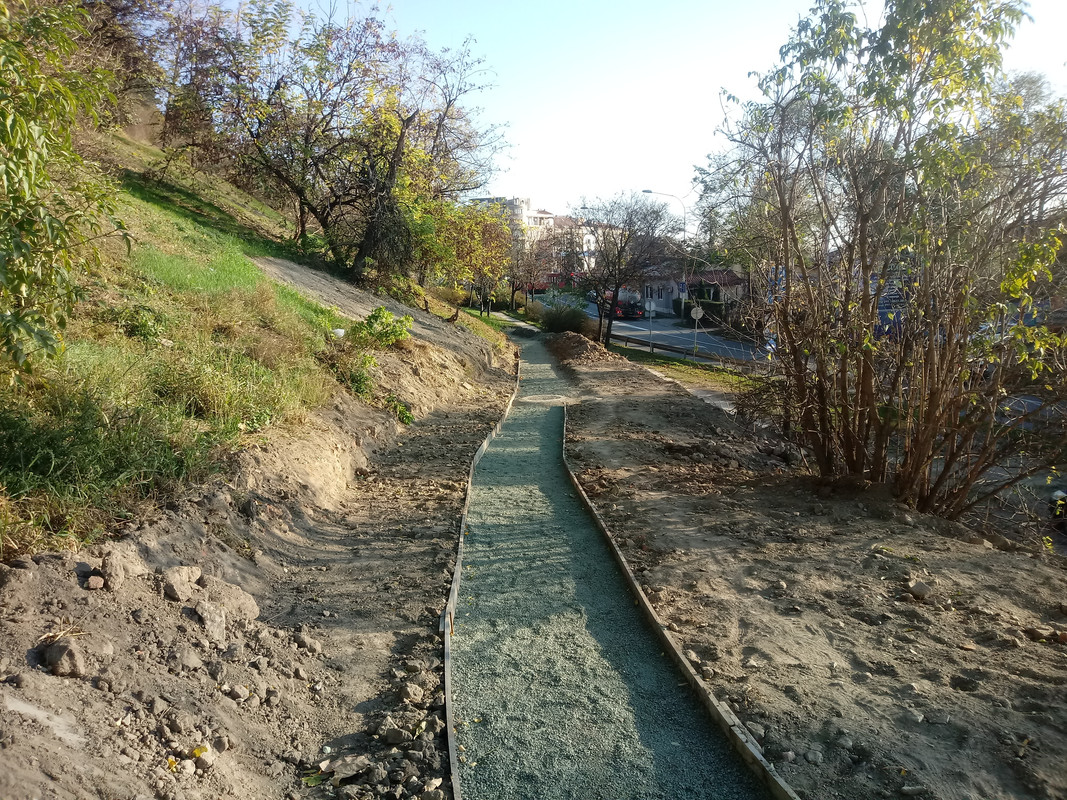 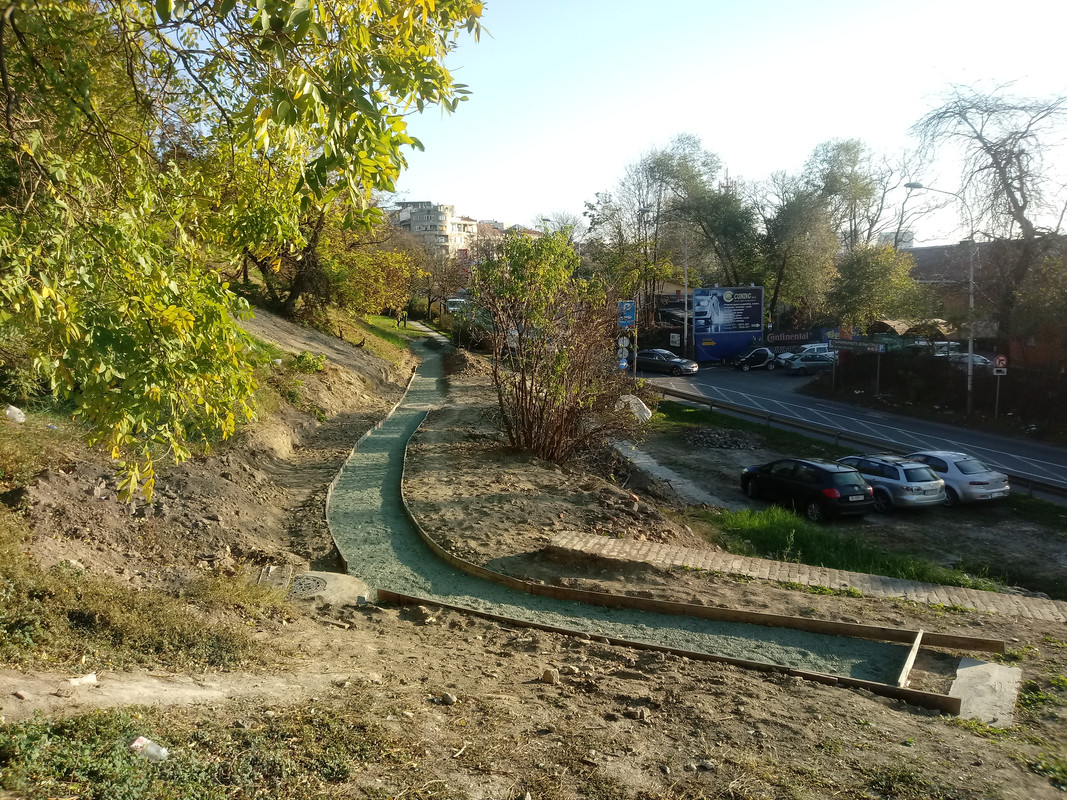 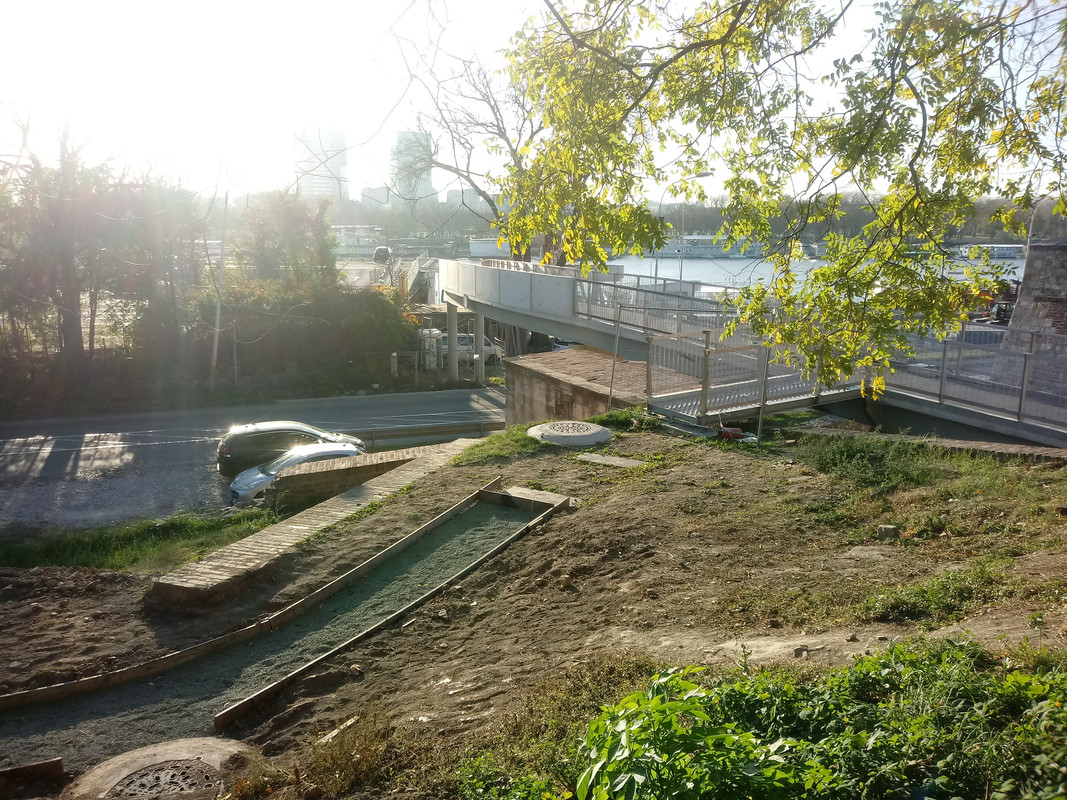 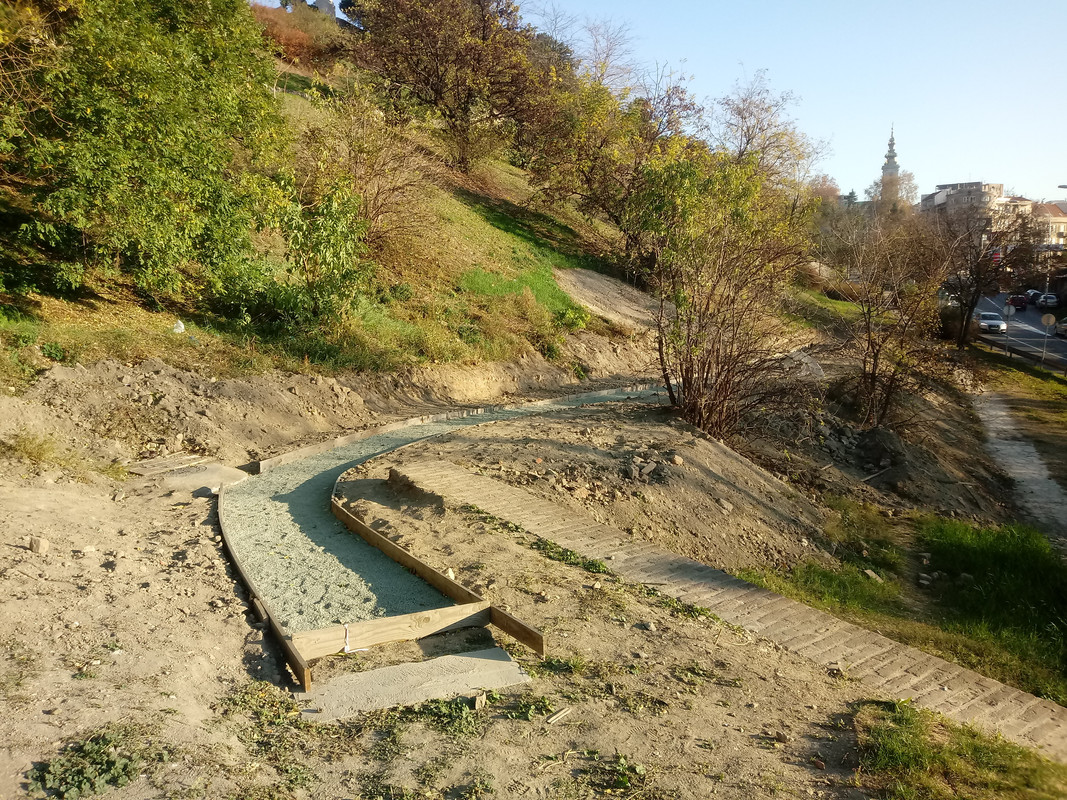 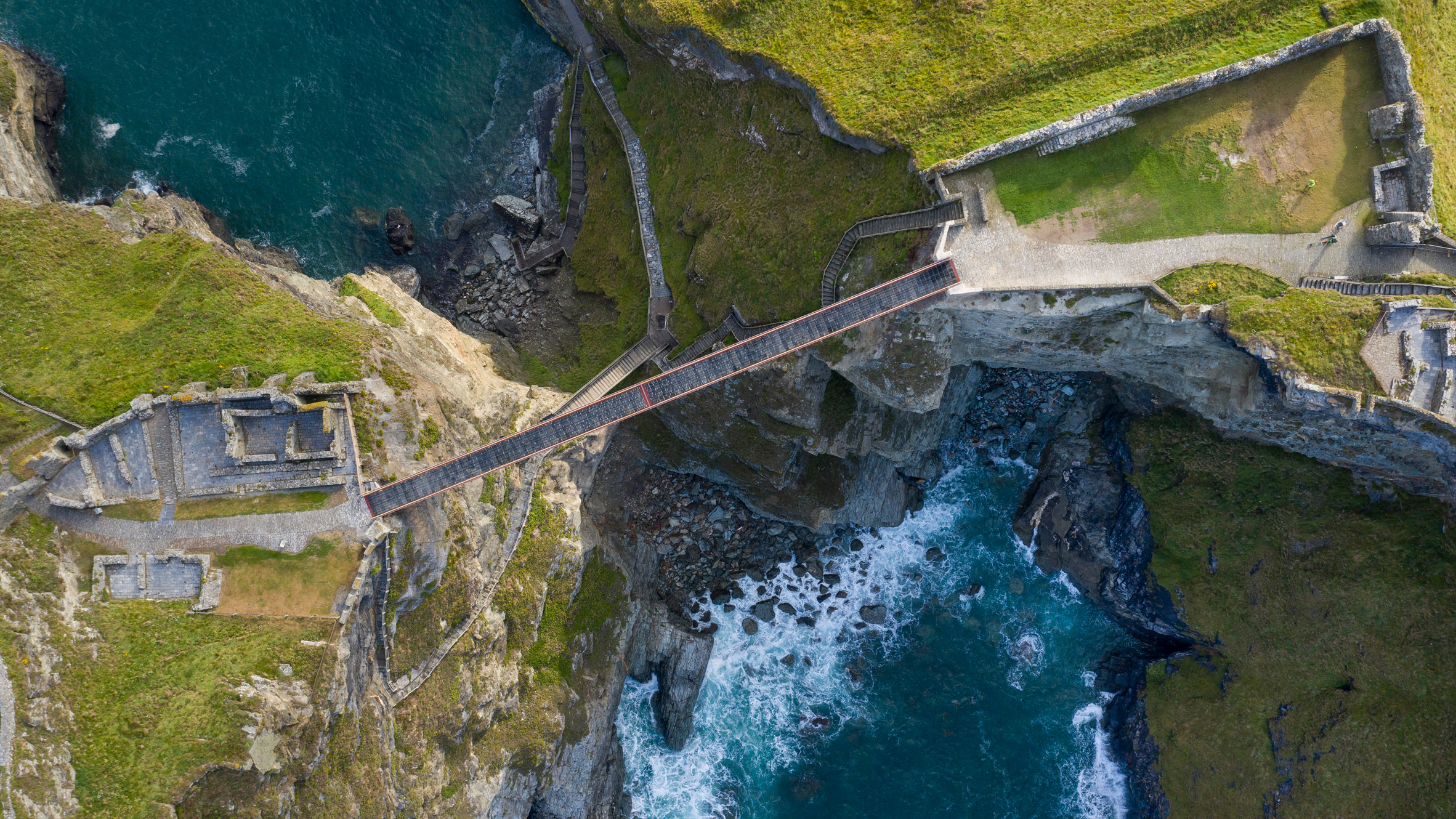 Architecture studio William Matthews Associates and engineers Ney & Partners have built a bridge in Cornwall from two 30-metre cantilevered spans that don't quite meet in middle.

Tintagel Castle Bridge is a footbridge over a 58-metre drop between two cliffs that has reconnected two sides of a medieval ruin. 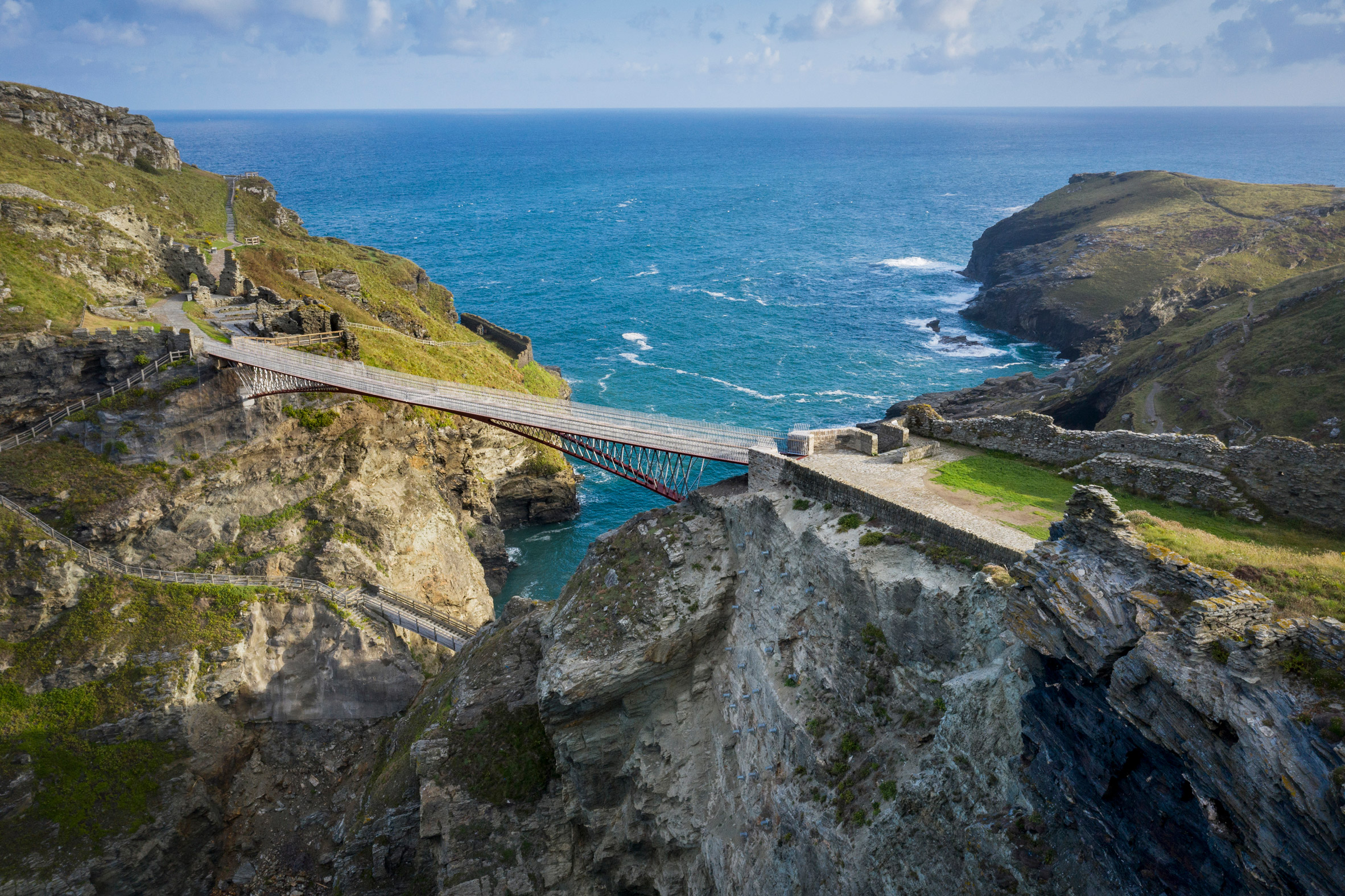 The original bridge between the island and the mainland was lost some time between the 15th and 16th century.

William Matthews Associates and Ney & Partners designed the new bridge to have a 40-millimetre gap in the middle that allows the bridge to expand and contract with the changing temperature. 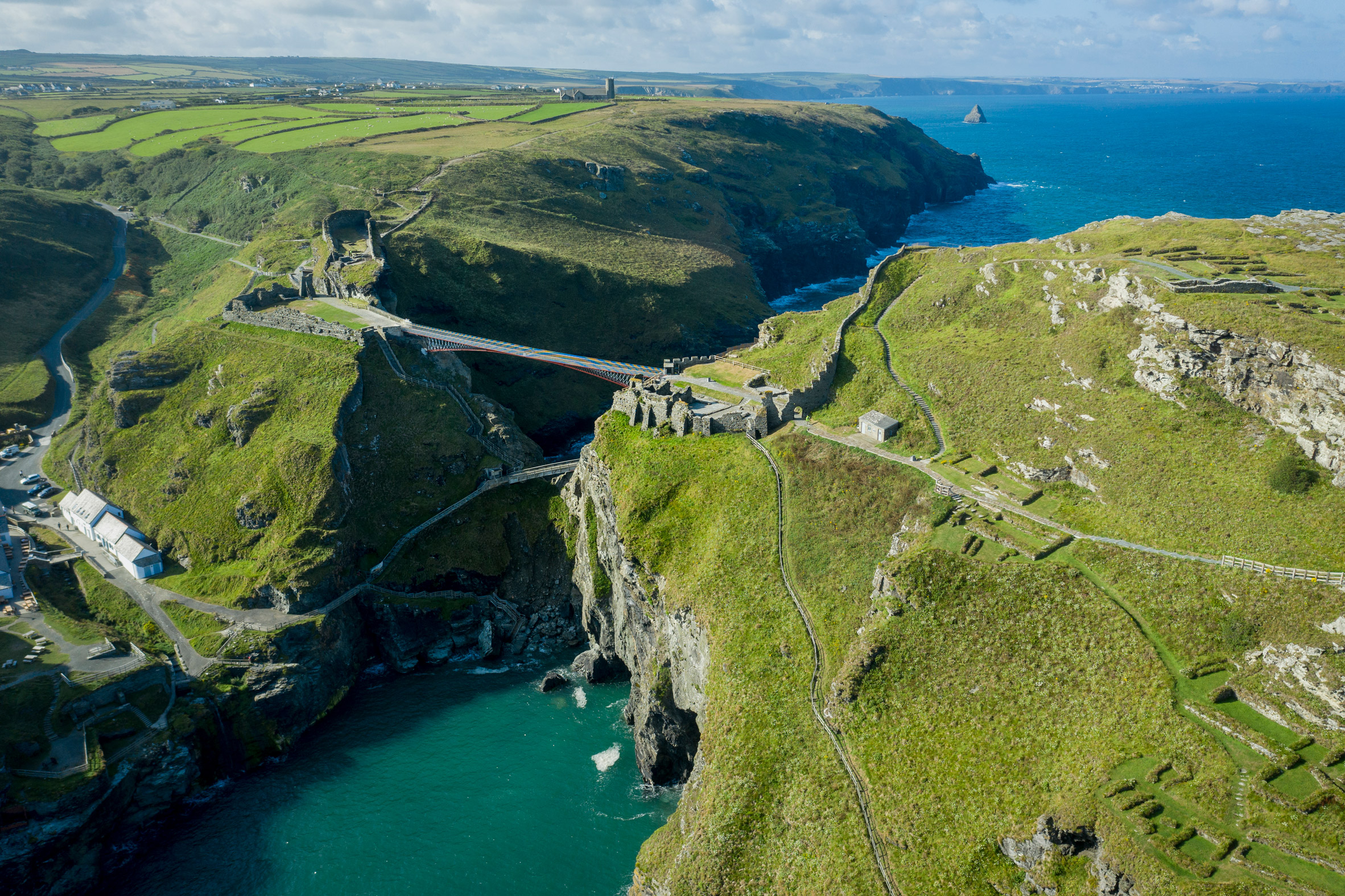 The cantilevers are made of steel and local slate from the Delabole quarry – England's oldest working quarry – is aligned vertically for the pathway. The handrails are made of lengths of oak.

"The footpaths either side are made of slate and quite rustic, and we felt that a very rustic finish on the bridge wasn't really appropriate," studio founder William Matthews told Dezeen.

"So we took the same material, the slate, but used it in quite a fine and more modern way."
Its remote clifftop location, the high winds that the site experiences, and development restrictions imposed by its historic and ecological significance made re-connecting the two halves of the castle a challenge.

"When you stand there you think, 'how on earth am I going to build a bridge here?'" said Matthews. 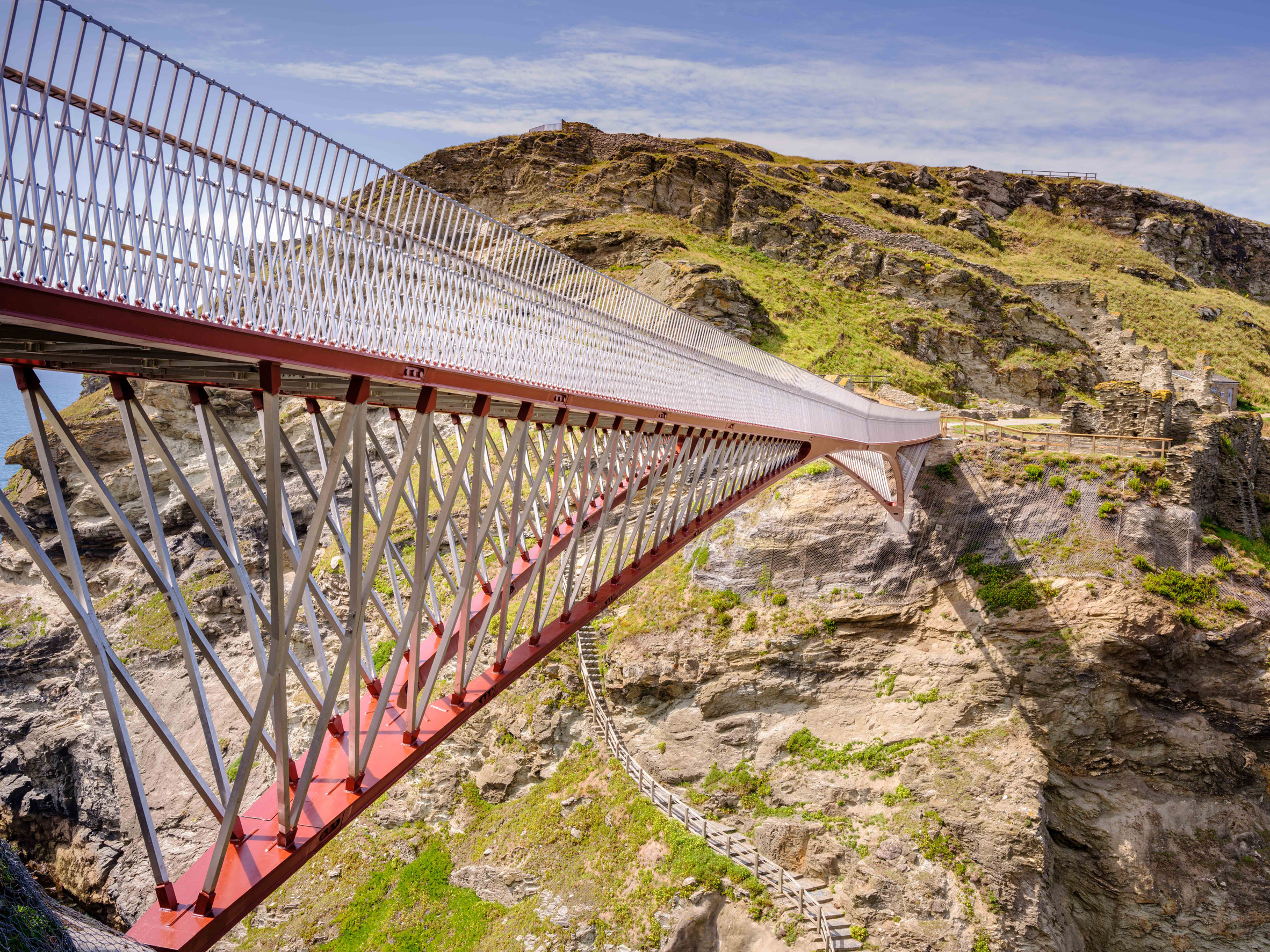 Cantilevers provided a solution that wouldn't require any temporary formwork, such as scaffolding, during the construction process.

"And it created this gap for thermal expansion, which we decided to celebrate as something fun for people when they cross the footbridge," he added.
The two cantilevers were built in Devon over the period of a year and transported to Cornwall in five-tonne pieces.

A special cable crane was used to position each section as they were bolted into place. The assembly process took just two weeks.
To anchor each side to the cliff, specialists used ropes to hang over the edge and drill supports into the rock face.

"It's quite a common way of stabilising cliffs, you see it done on high roads in the Alps. So it's existing technology but it's quite unusual [to see it] in the UK," said Matthews.
An incoming storm has delayed the bridge's official opening, as the exposed island is unsafe in extremely windy weather, but when visitors can cross it they will be able to walk over a natural gap that hasn't been crossed in 500 years.
Previously, visitors to the English Heritage site – which legend has it is the place of King Arthur's conception – had to climb steep steps and queue for a much smaller footbridge at the base of the cliff.

"Tintagel Castle has been made whole again," said English Heritage chief executive Kate Mavor. "Once more, people will cross from one side of the castle to the other and their footsteps will echo those from hundreds of years ago." 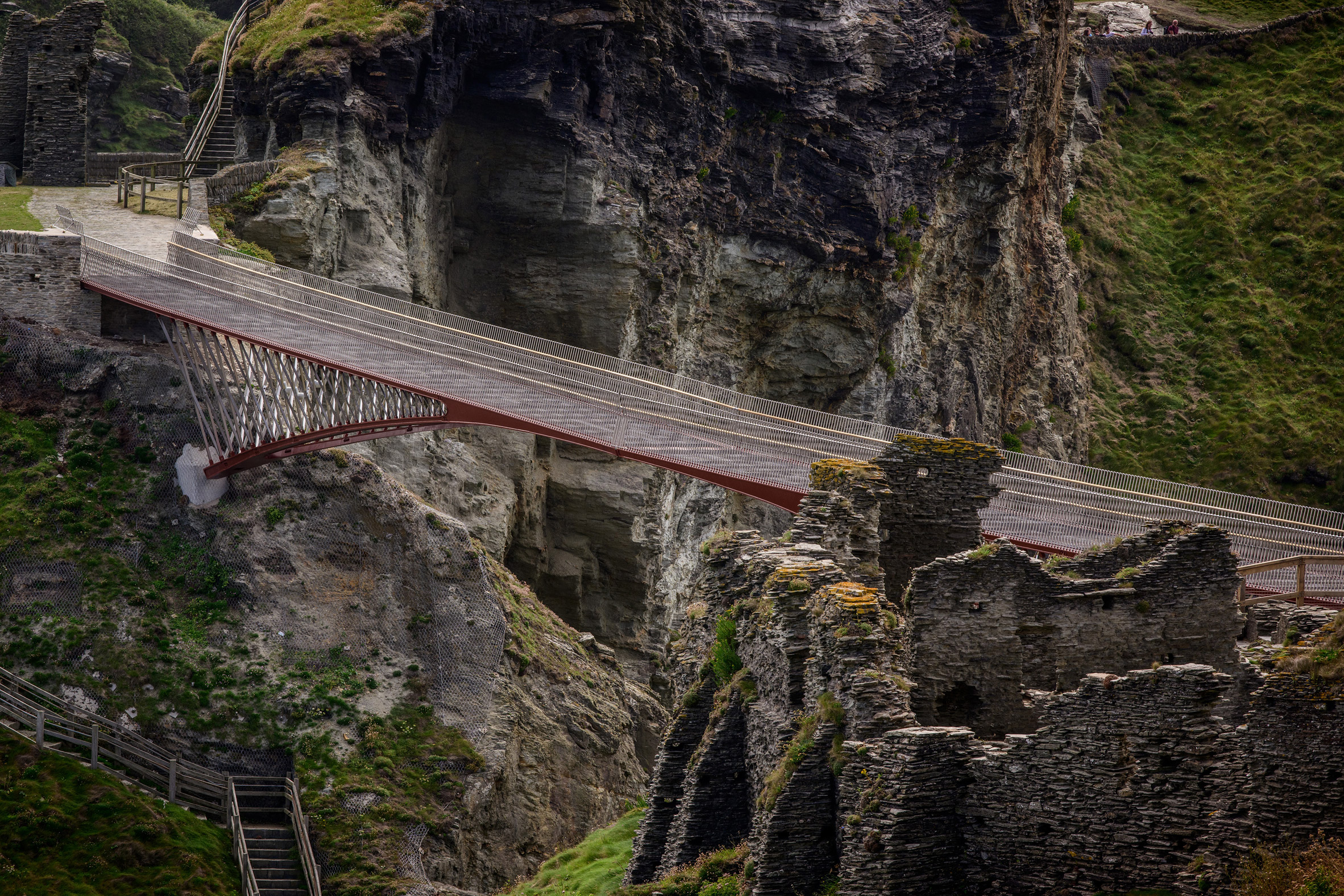 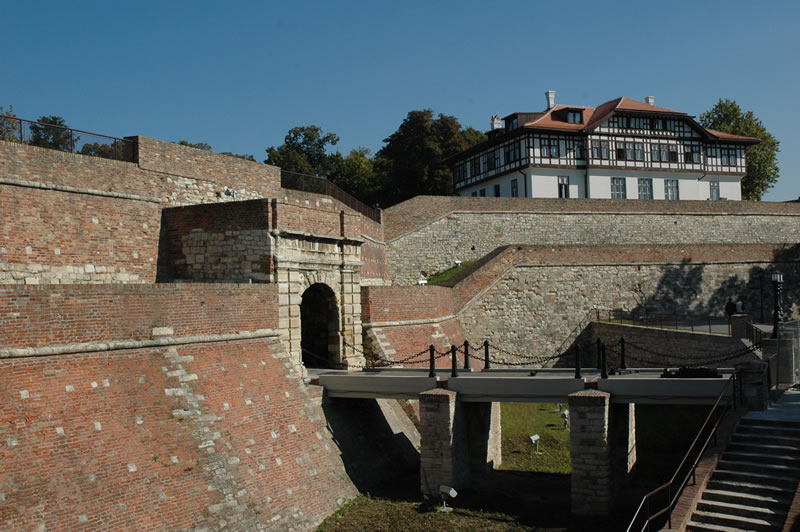